Home Reviews A novel on the mythological character Gargi

A novel on the mythological character Gargi 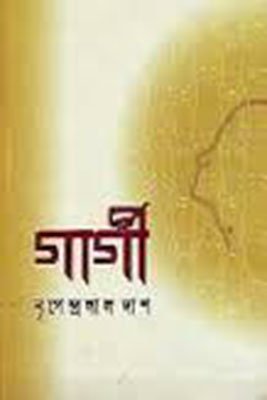 Gargi is a mythological figure of the Vedic literature. A prophetess Gargi is considered as one of the greatest natural philosophers too. The daughter of the wise man, Vachaknu, Gargi is mentioned in the Sixth and the Eighth Brahmana of Brihadaranyaka Upanishad. She is well known for her challenge to the sage Yajnavalka on the existence of ‘atman’ (soul). She, one of navaratnas in the court of King Janaka, composed several hymns that question the origin of all things. Noted for her feministic features, Gargi has drawn many of her forthcoming generations and to speak true, Nripendralal Das (b. 1949) could be cited as one of them. Nripendralal has written a novel based on the story of Gargi and the novel is exciting to read the mythological figure in human features.

It is told that once King Janak of Videha organized a ‘brahmayajna’, a philosophic congress centered on the fire sacrament. Gargi, one of the eminent participants, challenged the sage Yajnavalkya with a volley of perturbing questions on the soul or ‘atman’ that confounded the learned man. It was she who became able to silence many an eminent scholar present there.

All these characters are the narrators of the novel ‘Gargi’. There also include Shakalya, a friend to Yajnavalkya and Artabhag, an opponent Rishi of Yajnavalkya’s time. They all speak of Gargi and thus the female sage flourish as a human character possessing love and desire and everything that an ordinary human can have.

The novel opens with the speech of Gargi and ends up with her own speech. Thus we find that it is only Gargi herself whose two speeches have been incorporated. The other six characters who speak in between these two speeches are Yajnavalkya, Maitreyi, Shakalya, Janak, Katyayani and Artabhag. They all deliver their monologues after the famous congregation. In her first speech, Gargi says, ‘I’ve never taken shelter of the so-called institution named ‘marriage’. … I loved Rishi Yajnavalkya. … I wanted to be a sage, not the wife of a sage….

‘To speak true, I wanted to see my love win …

‘The congregation that talks on cosmology does not allow women. It is the tradition. I have broken that tradition by participating in the debate with Yajnavalkya and thus I have established the rights of women. … I have not been able to conceive his embryo, but I am the mother of his Upanishad called Brihadaranyaka. …’ Here the dialogue of Gargi and Yajnavalkya has been excerpted. We guess it was Gargi who declared her counterpart as victorious as she wanted to see her in such a situation because she falls in love of the wise sage and his unfathomable wisdom engulfed her.

The readers will find a Gargi at the end of the book who bemoans on the devastating fall of the sage. She blames Yajnavalkya for writing abusive words against women and wives. The novel shows many different facets an individual have and those facets are actually observed by many different people around that individual. Some talk in favour of him, some against him. But the face is all of them altogether make the concrete character as is Gargi in the novel by the Srimangal-based retired professor of Bangla.

The way Nripendralal has encompassed the whole story may not be novel in the true sense, but it has possible for him only because of his in-depth reading of the Upanishads and Puranas. It may be debated if the plot has developed necessarily in the novel of Nripendralal, but we must admit that the creation of a novelistic milieu deserves applause. The writer’s vast access has helped his poetic mind create a modern text on the events that took place thousands of years ago.

It is not very unfamiliar to fictionise mythological characters. In this regard, ‘Vyasha’ is a worthwhile example written by Shahzad Firdous (b. 1950) from West Bengal. Recently the book has come out from a Dhaka publishing house too. Also it can be worth mentioning that the novel was translated by eminent Professor Kabir Chowdhury (1923-2011) and published from Dhaka too. It is an example how our present generation have developed interest in Indian myths. I hope, the recreation of the character of Gargi by the Bangladeshi writer may also add some meat to the food of that generation.