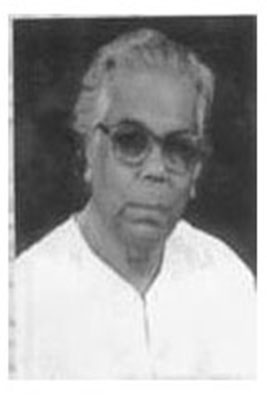 Abubakar Siddique (b 1936) is one of the most prominent poets of Bangladesh. More than ten volumes of verses have been added to his credit. The books of poetry that brought him acquaintance and wide spread honour are Binidra Kaler Bhela (1976), Hai Lokasabhyota (1984), Shyamal Jajabar (1997) and so on. During the eighties he began to produce fictional works also. Storybooks like Bhumihin Desh (1985), Char Binash Kaal (1987), More Banchar Swadhinota (1987), Kuo Theke Berie (1994) have established his position as a short story writer. In the mean time his novels began to come out. His debut novel Jalarakshas (The Water-Demon), published in 1985, emerged as a tremendous piece of writing which was followed by another novel Kharadaha (Flame of Drought, 1987), having the similar serious tone and unconventional narratology. Both these two novels deal in the two common natural disasters of the country – flood and draught respectively. Later on Siddique published two more novels: Barudpora Prohor (Gun-Powder Time, 1996) and Ekatturer Hridoybhashma (The Heart-Ash of 1971, 1997) which have taken the socio-political milieu of the contemporary Bangladesh society as their themes. In our article we will try to look deep into the earlier two novels of Abubakar Siddique and try to analyse how he portrays the pangs of the disaster-hit people.

In the riverine Bangladesh, floods and cyclones are the common visitors. Every year hundreds of thousands of people suffer from these natural calamities people lose their homes and all belongings and thus try to survive even through the cruel clutch of nature. The author has taken the Khulna-Bagerhat area for his setting where upsurge of water submerges the lowland people every year. The minute detail of the setting and its people prove the keen observation of the writer of such a situation.

The main characters of the novel are Gonjorali and his wife Jorin. Gonjorali is the muscleman of Chowdhury, the feudal lord of the village. For Chowdhury Gonjorali has changed into such a present devilish character and helped Chowdhury make a moneyed person. On the other hand Gonjorali’s wife Jorin is a barren woman. Chowdhury gave Gonjorali all hopes to save his life but when the disaster hits he cannot conceal his real attitude. Thus Gonjorali represents the downtrodden society opposite to Chowdhury’s.

During the famine of three months, the downtrodden people have lost everything. Aainasundari, whose present position always makes an irony on her name Sundari i.e. beauty, has nothing to use as a robe after using a mat for covering for twenty-two days. She now longs only for going to the town where people give food in exchange of sex. To get monetary tips, Gonjorali takes his wife to the health centre for cutting off her birth tube. In such a situation the flood comes.

All the poor people of the locality take shelter on the embankment near which a relief camp has been set up, though Gonjorali gets no relief from there. But the officer of the camp induces Jorin to come being cleaned at night – the reality is their tragedy never ends. During his water tour to Chowdhury’s Gonjorali discover all people of that family dead. He chops the fingers of Chowdhury and takes off the precious rings. Abubakar Siddique has narrated this scene very impassionately. After Chowdhury, Gonjorali finds the other dead bodies of the family having much ornament on their ears, noses, necks, wrists, arms etc and like a devil Gonjorali chops these dead bodies to collect the jewellery. In the language of the poet:

He attains the power of a demon as their teeth and nails get empowered during hunger. He begins to cut off the limbs with a chopper.

He won’t let anything pass by whether it is worthy of one hundred or one thousand. He draws a dead body by a hook near to his small boat and put the separated fingers, ears,

nose cut by his chopper… .

The boat gets swallowed eating up gold and silver. (Translation)

Thus Jalarakshas turns as the narration of the agony of want and hunger. Sometimes, the human soul comes up, as Gonjorali meets a tender boy on his way back and takes it with him. The presence of the boy originates the mother in Jorin. But expectedly the boy becomes a victim of diarrohea and to collect some medication, Jorin goes to the relief officer at night – the inhuman creature rapes her, but does not give any medicine. Fired up in anger Jorin set the camp on fire.

In Jalarakshas Abubakar Siddique has demonstrated water as a demon. The other demon of the book is Gonjorali himself. As water itself does not dominate, neither does Gonjorali. Like water, he himself also wants to engulf everything to continue his existence. The desire of his survival dose not diminish though he has enemy chasing behind – for the riches he has collected from the dead bodies, and for the misdeeds his wife has done to the relief camp. In reply to Jorin’s question ‘where’re we going?’ He only utters: ‘where? Let’s go to another Char. Or to some other place. We must survive.’

In the novel the novelist has used the dialect of the southwestern part of the country. The description of everything of the novel goes beyond the normalcy and we can realise that it has been possible only because of the deeper insight of the writer. Abubakar Siddique is more conscious about the true pictures of our society; class distinction of the society takes a penetrating portrayal from his pen. If we look into the language and narration of his second novel Kharadaha, we will meet the similar sincerity and skill.

The story of Kharadaha is set in the northern region of the country where drought, opposite to flood, visits frequently. As in Jalarakshas, we get representative of two classes – Chowdhury and Gonjorali, similarly in Kharadaha we get two models – Bahauddin representing the uprising higher class and Mosid Khan representing the age old feudal society, and opposite to them Chekondashi and Volla, the representatives of the oppressed. It seems noteworthy that the characters and their activities of both the novels are very obnoxious – all of them create a nausea feeling in any reader.

The very opening of Kharadaha creates such a feeling. At the outset we learn that Bahauddin is leading a bridegroom party in which Daliluddin is dressed as the groom. Bahauddin marries Dalil whenever he can manage a bride and introduces himself as the father of Dalil. Dalil mimics everything as per his master Bahauddin’s direction. Afterwards begins that ugly part – impotent Dalil only laughs; Bahauddin molests the newly married bride and later on sends her to the brothel.

This time the bride is Chekandari, daughter of Kesmat Patwari, though the fact is Chekan was born due to the illegal relationship of Mosid Khan and Torudasi, Chekan’s mother. The marriage originates a rebellion among the farm labourers of Mosid Khan, because Volla cherishes an affinity towards Chekan though he does not expose it. But last of all Volla cannot help revolting – because he now understands all the plots made by Mosid and Bahauddin. Resultantly, Volla attacks the bride party and rescues Chekon. In the same time his entire fellow mates rouse against Mosid Khan and thus we observe the fall of Mosid Khan. The language Abubakar Siddique uses mostly for this novel is the dialect of the northern zone. Thus he has portrayed the real picture of society.

Abubakar Siddique is a artist of life – he picturises it from its crude form, because he knows well where the truth of life lies. In his other two novels Barudpora Prohor and Ekattorer Hridoybhashma he has also examined human life from experimental and analytic outlook, but his first two novels have been something unique. For the in-depth realisation in our disaster–hit life and the representation of it have been unique for which poet Abubakar Siddique has attained the same fame as a fiction writer.