Home Reviews Agunpakhi: Chronicle of a Life, Place and Time

Agunpakhi: Chronicle of a Life, Place and Time 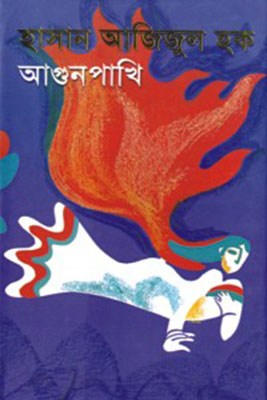 Near the end of Hasan Azizul Huq’s novel Agunpakhi, the narrator tries to wrap her mind around the concept of Pakistan.

The novel is set in rural Rarh, now in West Bengal. Before Partition, when people around her become excited about a separate homeland for Muslims, the stench of blood is already in the air. They clamour Lorke lenge Pakistan. She asks, “What will you do with it once you win it? Do you even know where Pakistan will be?”

After Bengal is split into two, she asks her husband’s brother, “You’ve achieved Pakistan with your lorke lenge. Now do you know what that country is like? Won’t you now go to that country you won through all that wrangling and killing?” He replies, “What a thought. Why will I go to Pakistan? Why would I leave my own land?”

The narrator remembers her world being consumed by a divisiveness that had nothing to do with their lives. So much bloodshed and for what? At the end of the novel, her children leave for Pakistan, and later they ask their parents to come. Her husband agrees, but she refuses to go.

Partition was a time when madness descended on us. The massacres were followed by the flight of millions. And here in East Pakistan we found ourselves under a new colonial yoke, something we had to undo in 1971.

The question raised by Agunpakhi’s narrator is an apt one. What was the point of all that agony? Literature cannot easily answer that question, but it can keep it alive in our consciousness. In Bangladesh we have amnesia over 1947. Last year when India and Pakistan marked 60 years since the end of British rule, we acted as if it was an anniversary irrelevant to us.

Across the border, the Partition story has been repeatedly mined in literature and film. Yet, how much is there on this side? Some, but not enough considering the impact that moment had on our history. In 1948, Abu Ishaque completed his novel Surja-Dighal Bari, though he had to wait seven years for a publisher. Shahidullah Kaiser brought out Sangsaptak in 1965. In the early Bangladesh period, Abu Jafar Shamsuddin publishedPadma Meghna Jamuna in 1974 and Mahmudul Haque wrote Kalo Borof in 1977 though this book didn’t come out until 1992. More recently Haripada Dutta has written Ojogor and Mohajer.

One reason for the difference between the two sides of the border might be that while the migrants who arrived in India had stories of loss and overcoming to tell, here the story had dimensions that we have been unable to come to grips with. There was loss for many, but for more, loss was mixed up with opportunity. For others there was only opportunity, some of it linked to profiting from ethnic cleansing, a process that we have yet to put an end to.

In the literature related to Partition, Agunpakhi is a welcome addition. Hasan Azizul Huq is one of our foremost short story writers. This is his first complete novel. Last year it received the Best Book of the Year award from Prothom Alo and this spring the Ananda Puroshkar from Kolkata.

Partition comes up in the final chapters, but the novel opens several decades before. Agunpakhi is a chronicle of a village woman’s life, and through her eyes, the depiction of that time in the Rarh region. Such a chronicle can easily fall into reportage — and there are places where this happens — but what prevents that is the voice the author has created.

Listen to her as she describes how she became a workhorse after being the new bride for only two days. “Once I joined the drudgery, there was to be no end to it. If they said right, I had to go right. If they said left, I had to go left. It seems now that I never did anything on my own, I never knew how to follow my own wishes. Am I a person or a person’s shadow? And even then, is that my own shadow?”

At first she mostly speaks of life within the family. Births, deaths, marriages. Their fortunes improve as they become the largest landowner in the area. But as World War II breaks out, they get hit by cholera, shortages, crop failure, and finally the trauma of Hindu-Muslim division. With these big events, the story breaks out of its domestic confines.

She is a keen observer not just of her own life, but also of her husband. She notes his aloofness and harshness, she recognizes his desire for power. And when their fortunes decline, she painfully notes his retreat. The retreat jolts the family but it also creates the conditions for her eventual choice.

That decision, to stay back alone, astonishes her husband. He scornfully asks, “When did you learn so much?” She replies, “All these years I’ve only learned what you taught me and I’ve only said what you had me say. Now though, I’ve learned one or two things on my own.”

It is that learning “on her own” that is the core of Agunpakhi.

In any chronicle of life, the author selects what to present, what to omit. I was surprised to find, in a narrative written in a woman’s voice, not a hint of sexuality. Not about her wedding night as a teen bride, not even when she admits she’s tired of being repeatedly pregnant. This could be because the author wanted to keep the focus tightly on time and place. Whatever the reason, skirting the subject thins out an otherwise full-bodied female character.

The voice Hasan Azizul Huq has created in Agunpakhi is also extraordinary because the book is written entirely in dialect. Such language is rare in Bangladeshi fiction. The dialect fairly close to standard Bangla, differences mainly show up in pronunciation and spelling. This language enhances the pleasure of reading the book. You can almost hear Agunpakhi singing in your ear.

Mahmud Rahman is a writer and translator