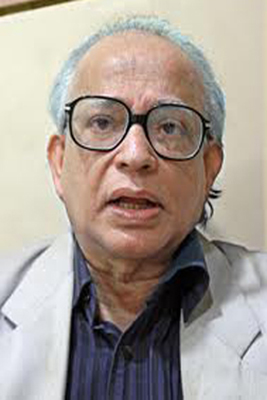 Though biographies and autobiographies are plenty in number in all major languages, biographical novels are not many. The most outstanding biographical novels in English are Lust for Life (based on the life of the great painter Vincent van Gogh, 1934), The Agony and the Ecstasy (fictional recreation of the passionate life of Michelangelo, 1961) and Depths of Glory (spotlights of the art figure Camille Pissarro, 1985), all written by Irving Stone (1903-1989). Among the good number of historical novels in world literature, Jenghiz Khan by the soviet writer Vassili Yan can be taken another one which sketches much about the historical personality of Jenghiz Khan, though they should no be categorised in the same genre as the Bangla novels Shashanka (1915) and Dharmapal (1916) and other historical novels by Rakhaldas Bandyopadhyay (1885-1930). Even Keri Saheber Munshi (1958) written by Pramathanth Bishee (1902-1985) cannot be termed as a biographical novel because it does not expose the title character in full bloom. These historical novels have some episodes of the lives of those personalities and delineate the canvas of their time. On the other hand, novels by Irving Stone, mentioned above and Satyen Sen’s (1907-1981) Alberuni (1969) can be sited as a good example of this genre, mostly portray their lives than their times, as we see in some novels of Hasnat Abdul Hye (b 1939).

Hasnat Abdul Hye has been contributing enough to Bangla fiction and travelogue for a long time. He authored novels like Suprabhat Bhalobasa (Good Morning Love, 1977), Aamar Atotaee (My Assassin, 1980), Timi (The Whale, 1981), Jubaraj (The Prince, 1985), Prabhu (Master, 1985), Somoy (Time, 1991), Morelagonj Songbad (News from Morelagonj, 1995), Bairey Ekjon (One Standing Outside, 1996), Interview (1997) and Moitrei O Rabindranath (1999). But with much surprise, the readers of Hasnat Abdul Hye once observed that he began to demonstrate ‘biography’ in his novels with innovative means.

Hye has started writing biographical novels with Mahapurush (1982), which brought him success – success in drawing a single character, named Syed Belal. It is worth mentioning that this first attempt took a fictitious character as its subject. But later on, Hye turned to characters who are real and well-known personalities like Aaraj Ali Matubbar, S M Sultan and Novera. Encompassing the uncommon and dramatic situations of their lives he wrote novels Sultan (1991), Ekjon Aaroj Ali (1995) and Novera (1995). With brilliant exposition of actual figures, Hasnat Abdul Hye has enriched this genre in our literature.
Before discussing these three novels let us have a look on the style of Hye that he adopted in Mahapurush. Belal is the protagonist of the novel though if we say the book is about Syed Belal himself, it would not be wrong. All the characters and the whole plot are deployed there only to give this character a complete shape. A high bureaucrat Syed Belal once was imposed with the responsibility of relief works in a cyclone-hit area. There he realised that the distribution system was quite faulty and he himself discovered some new ways. He decided to serve the distressed people and quitted his job A government plan is also in the pipeline that he can materialise his ideas. But unfortunately, the government changed and all his labour and dreams ended in smoke. People who did not support his novel programmes now came forward and thus Belal began to be humiliated indoors and outdoor. He was termed ‘mad’. But the irony lies in the incident that after the accidental death of ‘mad’ Belal, the people of the locality changed their minds. They became supporters of his activities and created a tomb on grave where hundreds of thousands of people crowd every year. Hye introduces his plot with the craze of the people of Syed Belal’s locality about the tomb and gradually goes in quest of different episodes of Belal’s life from varied sources and thus finally the whole character of Syed Belal gets illuminated.

Hasnat Abdul Hye continues similar style in his later novels also. In Sultan, he focuses light on the childhood of Lalu, the son of a mason, who through different incidents, proves himself as Sheikh Mohammad Sultan and enriches modern art creating much amazement. The author has arranged all the background causes of Sultan’s being a celebrity. Demonstrating different incidents of Sultan’s life, he has presented Sultan as a very soft and intellect mind. He has also shown how Sultan, highly acclaimed abroad, is disgraced in his own soil. Ekjon Aaraj Ali is written using the same form. Here the novelist selects Matubbar’s life as his topic. Using every necessary information, Hye creates Matubbar as a believable character, who had schooling only up to class two and at the end of his life upheld himself as one of the greatest thinkers. The revolutionary attitude and perseverance that enhanced Matubbar to find himself in such a formidable character has taken a magnificent presentation in the novel. Devoted to studies Aaraj established himself as a worthwhile social worker and to present him is the only intention of Hasnat Abdul Hye. Similarly we get Novera Ahmad, major artist of the fifties and sixties in our country, who went out of sight afterwards, in the novel Novera. The life of a Bangali woman Novera, her childhood and youth, ups and downs of her life, have taken an artistic form in the novel. The novelist has examined her personal and social life in it. Through different interaction of her the writer has made her a lively character.

It is obvious that Hasnat Abdul Hye has selected such personalities from our recent past, who did not pass a very usual and cliche life. Sultan, Aaraj Ali and Novera – all of them had unique features in their lives. They are known to us by their intellectual and artistic accomplishments, but their personal lives remained mostly dark to us. Hye has focused enough light on those dark parts and made us grateful.

In Mahapurush we meet a journalist who comes to visit the tomb of Syed Belal and consequently meets with other people, talks with them and presents the whole life-sketch of Syed Belal. On the other hand in Sultan, Ekjon Aaraj Ali and Novera we get Hasnat Abdul Hye, the litterateur himself, who broods over writing a new novel on Aaraj Ali, Sultan or Novera. Afterwards, the character Hye himself talks with varied people, takes help from newspapers, etc., and thus we get a complete biography.

As Mahapurush is a fictional endeavour, the other characters around Syed Belal are also fictitious and, to a great extent, all those characters fail to come up, barring Mrs. Belal. But in the following novels all such minor characters are from our real society. We meet Ahmed Sofa, Jainul Abedin, Debadash Chakrabarty and National Professor Abdur Razzak in Sultan, Ali Noor and Syed Shamsul Huq in Ekjon Aaraj Ali, Shamsur Rahman, Khan Ata, Aminul Islam, Hamidur Rahman, Fayez Ahmed, S M Ali and Sayed Ahmed in Novera. Interactions with these highly appreciated personalities of our society help us believe the unbelievable events of Sultan, Matubbar and Novera’s lives.

Hasnat Abdul Hye gives every detail in all these three novels in such a way that we become respectful to them. And thus these books become not biographies in the ordinary sense, rather biographical novels with artistic qualities.