Home Excerpts Pritilata and Her Love

Pritilata and Her Love

Pritilata and Her Love 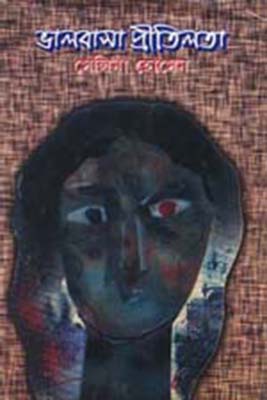 Ram Krishna Biswas is now a convict sentenced to death by hanging. He is now counting his days in Alipore Jail though an appeal has been preferred in the High Court. Reading the news in a daily Pritilata remains dumb.

She has not ever heard of revolutionist Ram Krishna of her favourite Chattogram, even the name was unknown to her. But she feels a sort of affinity due to the sameness of their home district. This feeling originates a bond of the heart, which can bring people living much far closer and create liking or even love. Convicted revolutionist Ram Krishna Biswas – these words appear enormously on the newspaper erasing all other things. The words are so interrelated that they can not be separated, at least they do not go out of Pritilata’s sight. So she feels a sort of agitation. The implicit desire seems pricking inwardly: I want to meet him, at least once but I must.

The desire frightens her own self also. She feels hesitant for this and later on controls herself: What’re you thinking? Being a revolutionist don’t you know that the secrecy is the primary condition of a revolutionist?

Yes, I know it well, but I must meet this person on deathbed.

Pritilata stands by the window. The outside is open and green. She can hear the chitchat of her fellow mates of the hostel. But that mild sound appears to her as a bang. Is that a sound from bomb blast or a pistol? She clutches her head and realises that there is no sound at all. A bird is chirping outside. She can recall of Kshudiram of who heard in her girlhood. Kshudiram received his death singing. Is Ram Krishna singing like Kshudiram? What’s death? How does it look like? Pritilata, a student of philosophy gets moved thinking of death. She can no how believe that death is fathomless darkness. It appears to her as a life of dreams that the convict sentenced to death embraces heroically. Death could not diminish Kshudiram’s smile, neither will be able to diminish Ram Krishna’s. Then the large green before Pritilata blooms with tens of hundreds of flowers. Ram Krishna is coming forward taking death as a garland. The news of the daily cannot disturb her anymore. She now realises that her impatience is not for hearing any bad news. This impatience is pregnant with much feeling of her own soul. This feeling gets transmitted from one revolutionist to another. Pritilata determines to meet Ram Krishna in the face of great difficulties.

She does not know how to meet. She comes out of the house with the determination in her head. Having no intention to talk with anyone, she feels her desire, now fastened to a destination. The other girls are walking past her. One or two or three throw a word. She only nods, does not give any answer. Firm determination brings self-reliance. Pritilata is now in such a situation. She feels herself older in age and physique. Her college fellows seem to her much younger – as if there remains a gulf of difference between them. Even then she feels a pain in her. The news of the death by hanging is the root of this pain. There spreads a cover of gloom on her eyes. Pritilata wants to cry. She goes up to the roof. The winter night is very cold; everything around is white with fog, which seems piercing on her person. The uncovered parts of her body get wet. Pritilata covers her head and rubs the tip of the nose.

In her childhood she would return home wetted her feet at early dawn – so early that even none of her parents would rise by then. A little flashes of light could he seen in the dense garden. If she felt sneezing anytime, she would stop it by rubbing the nose best the light night tear at her sneeze. Every morning she would try to touch that time of light and at that early age she understood that it was untouchable. But after joining the revolutionary party, she has understood that one can touch it, if s/he wants. Ram Krishna is not touching that light-line. When the light would be sharp, she would see the sun-rising standing beside the china-rose and feel the absence of something among everything. Monish, the old man, would come walking in the dusty path. Monish worked as a gardener in the Shahib’s. Pritilata would run to him and ask: Uncle, what new flower has bloomed today?

Showing his yellow teeth the gardener would answer: Blue Lotus.

‘Blue Lotus!’ Pritilata would cry out and say: Isn’t it really nice?

After some moments Pritilata would say: I don’t like the tidy gardens of the Shahibs, rather I prefer the garden grown carelessly. They bring foreign plants, but ours are all domestic.

Monish would leave laughing. Her eyes are dirty, his clothes are also very dirty. While walking he crooks his back. Once he received a kick by a Shahib and remained in bed for about two months. Later on his back became crooked. But he did not give up the job at the Shahib’s. he had twelve kids looking at him. If there were no food available, it would become a hell. He had no other way but licking the legs of the Shahib’s. He did not dare to try for another job. Pritilata would feel pity for him. Before she grew up, Monish had died. Hearing the news she cried for long. She could remember the day of his being kicked. She did not understand anything on that day, but his father understood. Being excited he was groaning: Aren’t we human beings? Why to be beaten so rudely? Her father would not get angry very frequently. Being a government employee he could not protest but he could not bear the incident of Monish. Some people carried Monish to his house. Pritilata went with her father to see Monish. Later on when he recovered, she asked Monish: Did you feel severe pains that day?

Yes, it was severe. It broke my bones.

Can’t you take the revenge?

Revenge? How can I?

Can’t you kick back the Shahib?

He lowered his head and being straight said: You do take the revenge.

Pritilata was struck by words of Monish.

Later on she went to him enthusiastically and told: Well, I would.

Keeping his hand on her shoulder, Monish asked: Would you be able?

Her answer was straightforward. She realised from Monish’s voice that he had pain but he lacked courage. No problem. One can supplement another one’s fear. She will supplement the fear of one thousand Monishes. Being astonished Monish asked: If they kill you?

What matters if I die?

She uttered this very easily. The old man stared at her and told: I can’t utter like you. Even after being kicked I desire to live.

Pritilata laughed at this and told: Well you remain alive for a century.

No, he did not live for a century. He passed his life in the Shahib’s and died at 62. Now Pritilata screams on this roof, he had to live a life of a slave only for a meagre living. What’s the difference of 100 or 20 years of such a life. A courageous life of 20 years of Ram Krishna is equal to that of 100 years. Monish had a desire to sustain but Ram Krishna doesn’t have. I must talk to Ram Krishna and see how he has turned his 20 years to 100 years.

Pritilata realises that this is a serious time. News of the daily is tormenting her. She has heard of women’s labor pain. As she has no experience of her own, she would be scared of hearing from elderly women. But when soaked in happiness they would tell that no pain remains after seeing the newborn’s face, she would think that it was completely of happiness, nothing of sadness. To be a mother from a mere woman is a pleasure of sadness. Now she considers herself in such a tumult. She did not face alike even after enrolling herself as a revolutionist. That was a feeling of resoluteness – but the feeling of today is totally of the inner mind. Now black clouds are hovering over her sky to pour anytime. An unknown and unseen Ram Krishna Biswas is standing on her way of life. Pritilata roams around the roof. Faltering for a minute, she looks at the sky and feels differently in herself. She is a revolutionist herself. To free her motherland is her dream. She knows well that a revolutionist knows death as final destination. They are ready to embrace death. But she wants to meet that man and know his feeling. Does he have anything to say to those who are now surviving. Pritilata feels the trouble in her mind. Some months before a distant cousin of her died at the Jalalabad battle in Chattogram. Hearing the news she became shocked and cried. In no time the fire of revenge made him more determined. There remains no pain to meet death in a battle. Ram Krishna is realising this pain of waiting for death at every moment. Oh, Ram Krishna, in what star will you shine after death? I know your pride in your motherland. Everyday the plants bloom new flowers, new grass will grow but your death will stop any more death of a Monish caused by a Shahib’s kick. Ram Krishna, I want to reach you. I want to make a great sacrifice….