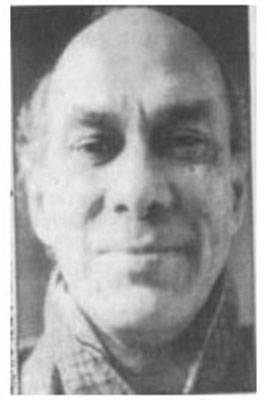 Rashid Karim (1925 – 2011) has been recognised as a major novelist of Bangla literature for the last four decades. In the year 1939, while he was a student of class eight, he wrote his first story. But the one that got published in black and white was ‘Ayesha’ in the literary journal Swagat (1942). Later on he gave up writing. In 1961 the second phase of his authoritative career started with his first novel Uttam Purush (The Best Man) which ultimately brought him much acquaintance along with a prestigious literary Adamji Award. Immediately in next two years his pen produced Prasanno Pashan (The Happy Stone)in 1963 and he began to be categorised as a major novelist of Bangla language. The subsequent decade was a mysterious silence from his pen. After the liberation war he published his third novel Amar Jato Glani (All My Fatigue) in 1973 which was followed by Prem Ekti Lal Golap (Love is a Red Rose, 1978), EKaler Rupkatha (A Story of This Day, 1980), Sadharon Loker Kahini (A Story of an Ordinary Man, 1982), Sonar Pathorbati (An Absurdity, 1984), Baroi Nihsango (Very Lonely, 1985), Mayer Kachhe Jachchhi (A Journey to Mother, 1989), Padotale Rakto (Blood at Feet, 1990), Chini Na (Unrecognized, 1990), Lunch Box (1993). He has a single collection of scintillating short stories named Prothom Prem and three books of essays.

The setting of first two novels of Rashid Karim is Kolkata middle class society, which is later replaced by that of Dhaka. The Kolkata life has revived only in Mayer Kachhe Jachchi and in his swansong Jibon Maron (1999). The novelist has drawn the urban society of the thirties and forties in these two novels. Only on a tour by any character out of Kolkata, the village life may be observed. The semblance between these two novels is notable. Obviously the writer has used these materials from his own experience. Even replacement of characters of these two novels will not harm the total sequences. As Shaker of Uttam Purush could easily be a character of Prosanno Pashan, Tishna of the later one would create no unfitness in Uttam Purush.

Moreover, through the character of Shaker of Uttam Purush the Muslim mind of the then Kolkata has been exposed. The Pakistan movement, which was nourished wholeheartedly by all Muslim people for their identity, takes a upper hand in the novel. Shaker is the embodiment of all characteristics available in the Muslim society – not even the political and cultural attitude go beyond. He supports the Muslim League and is a great fan of Muhammad Ali Jinnah and eventually relinquishes a sort of detest against Mahatma Gandhi and other Hindu leaders, though he is in the belief that Pakistan would be a country irrespective of Hindus and Muslims. Possibly, for that very reason, the narrator ‘I’ of the novel speaks about himself at the outset: I am not an ideal man…. Not only for lack of power of character but the diversion of my mental attitude. The novel ends with Shaker’s migration from Kolkata to Dhaka. In the novel Rashid Karim has delineated the subconscious mind of the humans more acutely than the picture of the society and the compactness of the story.

The second novel of Rashid Karim, Prasanno Pashan received similar appraisal from the reading public of Bangladesh. As we have already mentioned beforehand, the story of this novel is also set in the city of Kolkata. The protagonist of this novel is Tishna who is the narrator of the novel herself. The whole novel is related in the first person narrative as her personal accounts. Like his first novel, this second one of Rashid Karim lacks the perfection to be a true picture of the then society. A very thin thread of the Kolkata Muslim society may be observed in the novel. Rather the incidents of Tishna’s early life are the main focus of the novel. The novelist has tried to portray the like-sketch of Tishna and the influence of the episode of her Chhotofufu (younger aunt) and Chotochacha (younger uncle) on her life. The other characters like Alim and Karim also play importance roles in the plot of the novel.
On the eve of her youth Tishna not only sympathised Kamil, rather she loved him: the proof of it is present in the end of the novel. We now understand that Tishna loved Kamil but the social prejudices prevented her to reach her love. Though Tishna is presented as the main character, her exposition comes through narration, rather than action – she rarely participates in them; rather she only watches. As a result she fails to create any permanent impression on the reader’s mind. On the other hand Chhotofufu, Tishna’s distant aunt Mayna, spans less in the novel but touches more deeply. The character of Kamil is also no better creation.

After a long gap when Amar Jato Glani came out, we observed that the people and their thoughts in Rashid Karim’s novel have radically changed. The plot of this novel spans from the partition of 1947 to the 26th March of 1971. The story is narrated, appropriate to say ‘told’, by Erphan Chowdhury. The other characters inserted are Ayesha, Ayesha’s husband Samad Saheb, Abid, Kohinur, Akkas, Nabi etc. We observe intermingle of Erphan’s personal experience in the socio-political milieu of the novel. In this novel, unlike the earlier two, Rashid Karim has been successful in the juxtaposition of psychoanalysis and external society. The successful use of stream of conscious in the frame of socio-political arena is really praiseworthy in Amar Jato Glani.

The next effort for which Rashid Karim earned more reputation is Prem Ekti Lal Golap. This is the most successful novel of him, or of the contemporary Bangla novels, for its meticulous psychoanalytic element. The novelist has placed the outer behaviour and the subconscious thoughts juxtapositionally are a well proportionate way. Rashid Karim’s expression in this regard is more spontaneous in Prem Ekti Lal Golap. Commenting on this novel Zillur Rahman Siddiqui, an eminent poet and critic of the country said: ‘He can visualize the great in the silly, the tiny movement of the soul can take a true picture in his pen and thus Rashid Karim has again proved that he is one of the greatest creative fiction writers of the country’ (Translation). The facets available in Prem Ekti Lal Golap may be observed in his late novels like E Kaler Rupkatha and Sadharon Loker Kahini. But we must agree that Sadharon Loker Kahini is distinctive at least for the craft used in it. It is a novel of two parts. The first one is narrated in first person technique; on the other hand the second one takes omniscient narratology. From chronology point of view the second comes first.

The seventh novel of Rashid Karim is Sonar Pathorbati, which also demonstrates the inner conflicts, and complexities of human mind as well the affinity between people middle class society. The relation between man and woman is also studied meticulously in this novel, as in his earlier or later novels. Sonar Pathorbati centres around Mintu, an unmarried forty years old serviceman of low income, and Shyama, his girlhood friend and classmate who is really a paragon of beauty. Like many of Karim’s novels Sonar Pathorbati also begins at Kolkata after the partition of 1947 and later on developed in the East Pakistan. The hopes and dreams of the people of East Pakistan have taken a clear exposition in this novel. Moreover, in it we see the six-point movement and the clear attitude of the East Pakistan people against West Pakistan.

The next novel Baroi Nihsango is different from various aspects – it is not a multi-faced novel having many characters as Karim’s earlier ones. Rather it is a story of an unsuitable-to-everything person. That person is Sharif – a man having no boy or girl friend, neither any desire for money or greed. The surroundings of his are his worst enemy that he cannot tolerate. The novelist has portrayed his invaluable sensibility in a very careful way. He is in a true sense, an outsider. As an outsider he only can match with another outsider like him – she is Jui, a sufferer entangled in the unsuitabilities of the society.

Unlike the thin volume of Baroi Nihsango, Mayer Kachhe Jachchhi is the most voluminous novel that Rashid Karim has produced. The pictures of Kolkata and Dhaka that we got in his previous books are also seen in this long but loosely bound novel. Some of the components experienced in his novels like Uttam Purush, Prasanno Pashan and Amar Jato Glani take a repeated expression here. The novelist has gone to a family picture of a Muslim middle class urban society as was available in Uttam Purush and Prasanno Pashan. It is about Kamor, now at his fifties and looks back to his early days. Any attentive reader may discover the presence of Erphan Chowdhury in the character of Kamor though they are not exactly the same in their manners and thoughts.

Herewith I like to mention that after Mayer Kachhe Jachchhi, the novels of Rashid Karim begin to be more and more repetitive, in respect of both contents and narration. His novels like Chini Na or Nortoki (not published in book form) are such examples of Rashid Karim’s repetitive monotony.

It is true, autobiographical elements are present in his novels, since his novels sketch the middle class people and their socio-political environment, which is Rashid Karim’s own. If we look into his swangsong Jibon Moron we will find the presence of some similar incidents that the novelist himself experienced in his own life. He himself also went through an adolescent love affair with a girl whose name is not even exposed in the swangsong. The marriage of the girl imprinted a great shock on his mind and resultantly he gave up any sort of writing. Though the novelist has confessed that if this girl would not appear in his life, he would never be able to be a writer. Once upon a time he had relation with two girls, which is also a common subject in his novels. The shadows of this girl or their marriage are not very faint in Karim’s novels also. The shifting of Rashid Karim’s family to Dhaka from Kolkata is another significant autobiographical element that has taken a large space in his novels.
The novels of Rashid Karim have that capacity to give his readers a sort of cathartic feeling – and everyone will agree with the point that before his novels we did not meet such modern individuals in Bangla fiction. He is the pioneer Bangla novelist to expose the modern man – the flexibility and fickleness that every modern human being goes across regarding his love, sex and everything. No other contemporary Bangla novelist could expose the inner soul so tremendously.