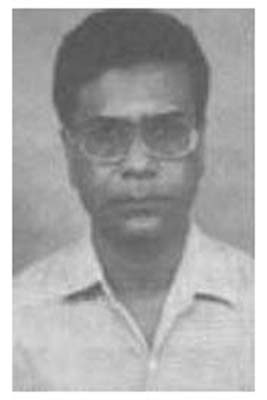 Shahidul Zahir (1953 – 2008) is one of the least acquainted writers of the country, though the true critics do not fail to identify the gems in him. In his two novels only he has established his ability regarding his imagination and experimentation. Writing all his fiction in the trend of magic realism Shahidul Zahir has emerged as the pioneer of this Latin American genre is the literature of Bangladesh.

In the year 1988 his first novel Jibon O Rajnaitic Bastobota (Life and Political Reality) came into light which announced his appearance as a mighty fiction writer out of the general trend. After long seven years his second novel She Rate Purnima Chhilo (That Was a Moonlit Night) was published. Shahidul Zahir’s novels could not draw much reading public; more over he roused a huge storm for the unconventional components in his novels and graded himself as a disputed writer in the country. But the novelty of narratology in both his novels is undeniable. The theme of the spirit of liberation war in his first novel and its treatment are quite worthy to be talked about.

The thin novel Jibon O Rajnoitik Bastobota examines the theme of liberation war and its aftermath in an unusual and penetrating way. The story opens in nineteen eighty five at Laksmibazar Lane of Dhaka city as Abdul Majid falls in a dilemma when he sees Abul Khayer speaking on a microphone as a political leader. Abdul Majid recalls the day of nineteen seventy one when Badu Mawlana, father of Abul Khayer, would throw chopped pieces of human body to the crowding crows from the roof of his house. The craft of the story of Badu Mawlana springs a very shocking element and with it Shahidul Zahir creates the picture of the collaborators during the liberation war. The startling condition of Abdul Majid is because of the rehabilitation of the collaborators in the society. Shahidul has identified the well known reasons behind this political polarization and thus Jibon O Rajnoitik Bastobota becomes a novel on our liberation and on the destruction of our free spirit in the post war Bangladesh. The novel ends with the uprising of the inner spirit of Abdul Majid: ‘If Badu Mawlana gets any more opportunity, his real soul, that was exposed in 1971, will again receive the former shape. But all the habitants of the locality cannot leave their houses in fear of Badu Mawlana, rather he should think of his own security first’. Yes, the novel upholds a sort of pessimism – the retreat of the spirit of freedom fights, which is symbolically demonstrated through the incident of Majid’s selling his house and leaving the locality. The emancipation of Shahidul Zahir will prove if we loot at the words of Milan Kundera: ‘A novel examines not reality but existence. And existence is not what has occurred, existence is the realm of possibilities, everything that man can become everything he is capable of. Novelists draw up the map of existence by discovering this or that human possibility’, (‘Dialogue on the Art of the Novel’, The Art of the Novel, New Delhi, 3rd Impression, 1995, p. 42).

Who is the speaker in Jibon O Rajnoitik Bastobota – the omniscient writer, or Abdul Majid or the people of the locality? Actually all of them take the part of speaker in the novel. Thus the story obtains a more believable tone. As there may be various versions of the incidents of liberation war, Shahidul has used a good member of people as his speakers that theirs version might appear as the true version. In manipulating this narrative technique Shahidul possibly owes to Syed Waliullah in whose Chander Amabashya and Kando Nodi Kando we may observe a mostly similar technique. Moreover in the novel Shahidul does not narrate the long story line in a unhindered, plain way. Rather the novelist creates the settings and everything of the story and thus makes a new narration, which has a great deal of semblance with magic realism novels of Latin America.

There remain no doubt that Shahidul Zahir’s first novel has achieved a more lofty theme than that of his second one She Rate Purnima Chhilo, but the narration used in the later one has fabricated a more complex and web-like technique. The setting in this novel is rather fairy and dream-like. The incidents that take place in the story line of this book are apparently more unreal. The presence of all these characteristics helps a reader to categorise the novel in the magic realism trend.

When the thanas (police stations) had been renamed upazilas, and the election of upazila council was nearing Mofizuddin Mian, who was predicted to live for 111 years and the villagers believed it, meets death with his whole family. After some time of this occurrence the story of the novel comes out through Torap Ali and people sitting around him. Their conversation as well as their remembrance create the skeleton of the story and add flesh to it. Their assumption helps the novelist create a dreamy environment where the reader himself also dives into the full moon dreamy situation.

To their mind, the presence of the full moon is very significant in the life of Mofizuddin Mian.

The last incident is of his being killed on which there was the huge full moon that villagers can recall till now. The influence of the full moon makes a coherent relationship to the birth incident of Mofizuddin Mian. Thus the span of his life takes shape in between these two lunar incidents. In this way the story of Mofizuddin whose father was a poor fellow Akalu and mother was homeless whom Akalu raises as a daughter first and later on marries to save her from the insecure society. The other eminent incidents are the growing up of Mofizuddin, marriage with Chandravan of Mian Bari after many hurdles, resurrection of him from the dacoits on the river Jamuna which was possible only for a fatal challenge taken by a prostitute, his becoming the chairman of the union council, begetting a huge number of children, the relationship between his eleventh son Molla Nasiruddin and a village girl Dulari, his artist son Abubakar Siddque’s involvement in the liberation war of Bangladesh and marriage with Alekjan etc.

The apparent impossibilities of the novel draw the attention of the readers. The upcoming of Mofizuddin from a poor fellow to a powerful figure of society is the most noticeable which has been possible for his marriage with Chandravan. And to make all the impossibilities possible Shahidul Zahir creates some phenomenal atmosphere. The most attractive episode is concerning the birth of Mofizuddin – on that night Akalu gave the newborn baby Bhang (a herbal sedative) mistakenly. Shahidul Zahir has inserted some social components also that have made the story believable.

Neither the episodes of the story; nor the parts of memory appear very chronologically. They all are manipulated as per the necessity. The novelist does not give any opportunity to think for an ideal story of his own. Thus the novel has come out of the typical story telling technique. Along with that the presence of the whole village folk has made the narration more possible. The writer has used the dialect of Faridpur – Serajgonj for these people which has helped to create the mental picture of the agrarian village people. The flow of the language speeds so smoothly that there remains no scope to be inattentive to the narration of the story.

The story of Mofizuddin and his family takes many supporting episodes that help the development of the main story line. Dulary’s expectation from Nasiruddin and last of all Dulary’s father’s cry on her death and his decision of not burying Dulary before the arrival of Nasiruddin from Dhaka, Abu Bakar Siddique’s return to village with two friends and beginning of painting the village life and discovery of Alekjan, getting of a pencil sketch of Alekjan by the Pakistan Army during the liberation war for which the whole family undergoes a severs suffering, participation of Alekjan’s husband Lutfor Rahman in the liberation war with Abubakar Siddique, Siddique’s not returning to Dhaka after the liberation war and accepting teaching as a profession are some of the subsidiary incidents.
The words and sentences in Shahidul Zahir’s novels come forth in a flood-like spirit. Human actions and subconscious thoughts are intermingled with the past memories. Shahidul always gives light on the actions of his novels in a prismatic way and tries to examine them from different points of view. As a result his apparently impossible exposition attains a tone of possibility. Thus Shahidul has achieved a unique narratology and treatment in the content and language of his novels.